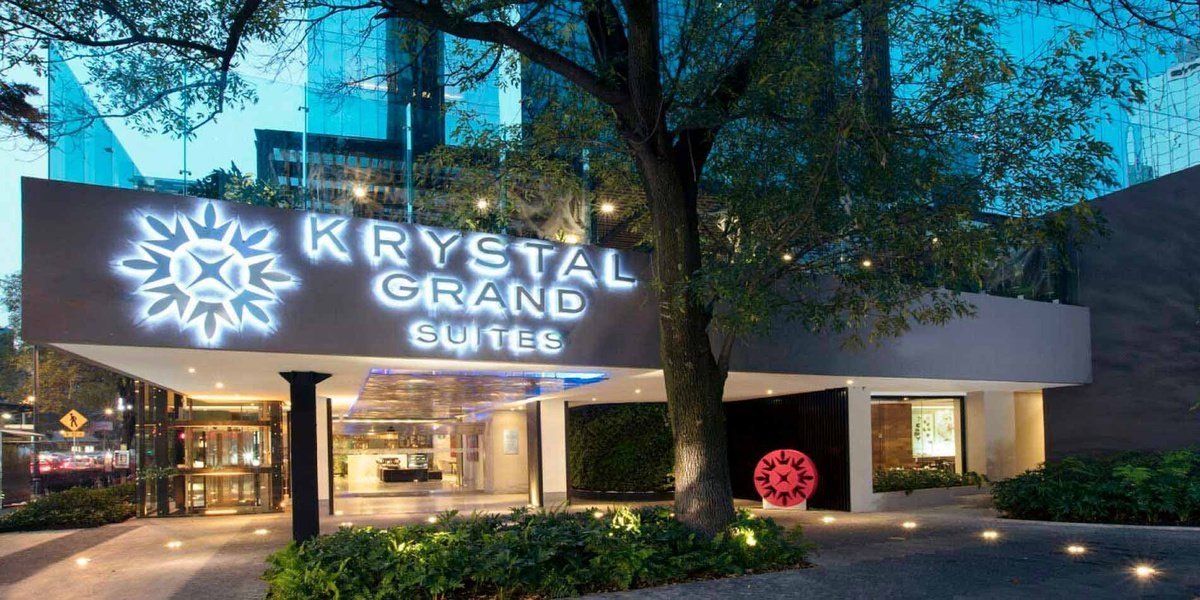 Everyone who visits Mexico City falls in love. Perhaps that is because this modern capital founded more than 7 centuries ago, is one of the largest and most populated cities in the world.


If you still don't know this amazing city, we invite you to stay at the Krystal Grand Suites, our hotel in Insurgentes Sur. This is an apart-hotel located in the south of Mexico City, where you will find various monuments, shopping centers and modern buildings.

Insurgentes Sur is an avenue that is part of the Benito Juárez Delegation, the area with the highest human development index across Mexico. Formerly, it was known as "Via del Centenario", because it connected the historic center with the south of the city. At present, Avenida Insurgentes Sur has a length of 52 km and crosses the entire city from North to South.

This international business center was formerly known as Hotel de Mexico. It is the sixth tallest building in Mexico City, reaching more than 200 meters high, that's why you can't leave from there without taking a panoramic photo of the city.

The Polyforum Cultural Siqueiros Center is next to the WTC. What stands out the most, is one of the largest murals in the world, which represents "The March of Humanity", made by the painter David Alfaro.

Theater of the Insurgents

This theater was built in 1952 and like the Polyforum Cultural Center, the theater has a large mural on the main facade that represents the history of the theater in Mexico, which was made in vitreous mosaic by the painter Diego Rivera.

The mall has 3 floors where it is possible to find stores of various brands. Its structure, resembles a modern old train station and on the facade of the entrance, there is a rather peculiar and striking clock.

The park is called that, due to the unevenness in the terrain, which were caused by the extraction of clay that was done in the past. This is a museum that has important archaeological pieces that allow you to discover and marvel with Pre-Hispanic Mexico.

The San Lorenzo Park has a perimeter of 800 m. In this is San Lorenzo Xochimanca Chapel, built with volcanic stones and bricks, which was declared a national monument in 1930.

This contemporary art gallery is located very close to Rio Mixcoac Avenue and was founded in 2012. Its exhibitions include works by emerging artists related to music, sculpture, painting and dance.

Then you already know... if you come to the south of Mexico City, whether for business or pleasure, you can not miss the best hotel in Insurgentes Sur. The Krystal Grand Suites Insurgentes has a lot to offer you, so do not hesitate, stay with us and delight yourself with an exclusive stay!

Every time you stay with us, you win with Krystal Rewards and it is valid at any Krystal Hotel or Resort, Krystal Grand, Krystal Urban or Krystal Beach. Whether relaxing on the beach or on a business trip, at Krystal Hotels & Resorts, your experiences are our priority.

Which hotel do you want to stay?